I don’t know why we thought we didn’t want one. It’s traditional. It’s time-honored. It’s essentially a cupcake, just BIGGER. We are in.

So we gave in to fate and met with Paula of The Icing on the Cake for a tasting. 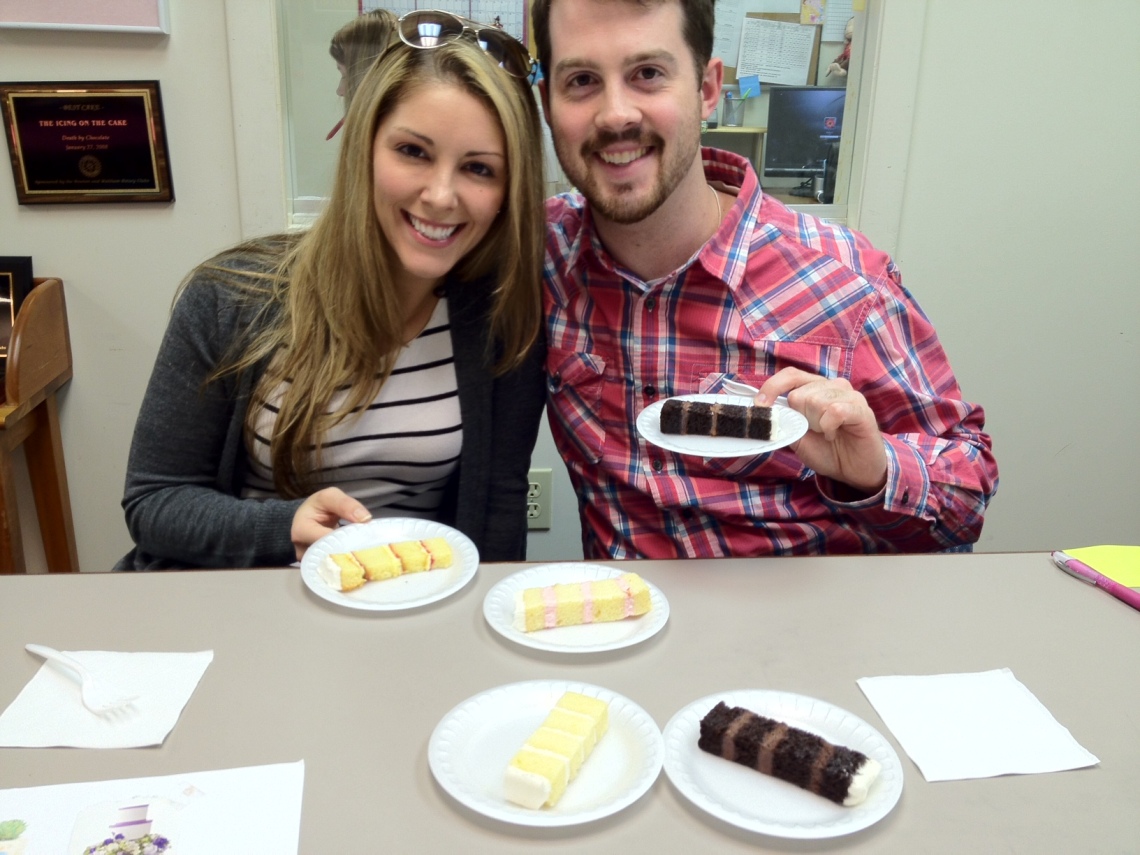 Thankfully, she snapped a quick pic before the destruction happened. We tried the double chocolate raspberry, chocolate-chocolate mousse, golden strawberry, lemon velvet and golden amaretto. I should note that our good friends George & Mallory used them for their wedding cake and we loved it, so the tasting was really (no pun intended) just the icing on the cake.

After discussing the various sizes and flavors, we moved to design. We browsed some photo albums, but we knew exactly what we wanted and had photos with us, so Paula was able to draw up a sketch :::like that::: (I snapped, in case you couldn’t tell). The vision for the cake essentially came from these two photos: 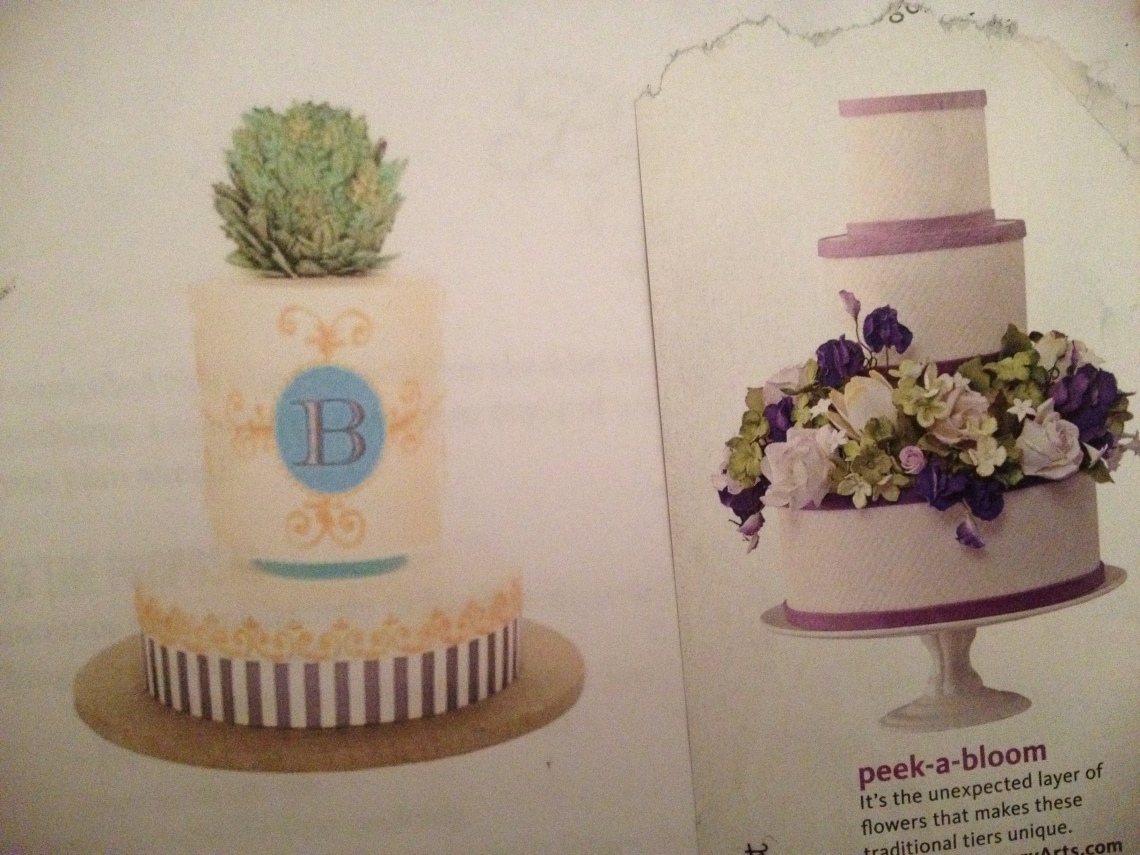 Mr. Cake-on-the-left is VERY whimsical, very different, and very masculine as far as a cake goes I think, while Miss Delicate-Romantic-Traditional cake on the right incorporates flowers in a beautiful way via what I learned are called “cake risers.” When I showed Paula the pics, she explained why the elements of each worked, but I think she was completely horrified at my idea of combining them.

But, as I explained my vision, pulling various elements from each, she politely and deftly sketched it up — what a cake! It’s so us, it’s frightening. 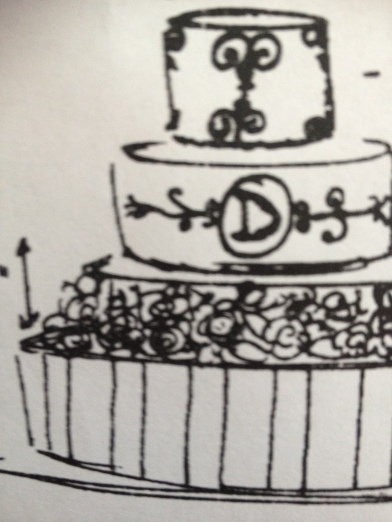 All-over ivory buttercream, black and white fondant stripes on the bottom layer (no scroll work as in the photo on the left), “risers” between the bottom and middle layers to make space for the cream and ivory flowers with pops of pink and lots of greens from the leaves, a middle layer with the same monogram and similar scroll work and a top layer with just a flourish or two of scrollwork, capped with one of two large peonies.

Ok, to be honest, Brian and I did intensely discuss having these guys on top of the cake since I am penguin-OBSESSED…

…but ultimately felt that it would detract, not add. We wanted this cake to be a focal point. Whimsical, yes. Silly, no.

Anyways, I am doing a happy dance just imagining it. Thanks for humoring us, Paula. We are so excited to see your beautiful sketch come to life in a few short weeks.

My sweet, sweet, summer Caroline. Just being her sweet self. 🥰
Some things I want to remember from the last nine months with the boys: the drawings the girls did to welcome us home from the hospital with them. Also the fact that they refer to the four of us (minus the boys) as the “original family” makes me laugh so hard still. And the fact that they continue to sometimes draw the four of us here and there. It can’t be easy adjusting, given all the craziness in their little worlds right now. Sometimes I just want to squeeze them into the biggest hugs and tell them how much I love them and that they are incredible and no matter how busy the boys keep me most days, I’ll always have time for them. My original girls.
When we visited Maine this summer, we chose the weirdest, most off-peak moments to go and I have to admit that the pace of our trip and the overall vibe was SO MUCH MORE RELAXING! It’s so much being in a touristy area but being there before school let out and then later, just before a big holiday weekend, we got the most beautiful spots all to ourselves. I gotta say, this may have converted me into a shoulder season vacationer for life.
Sunshine. Pure sunshine. ☀️