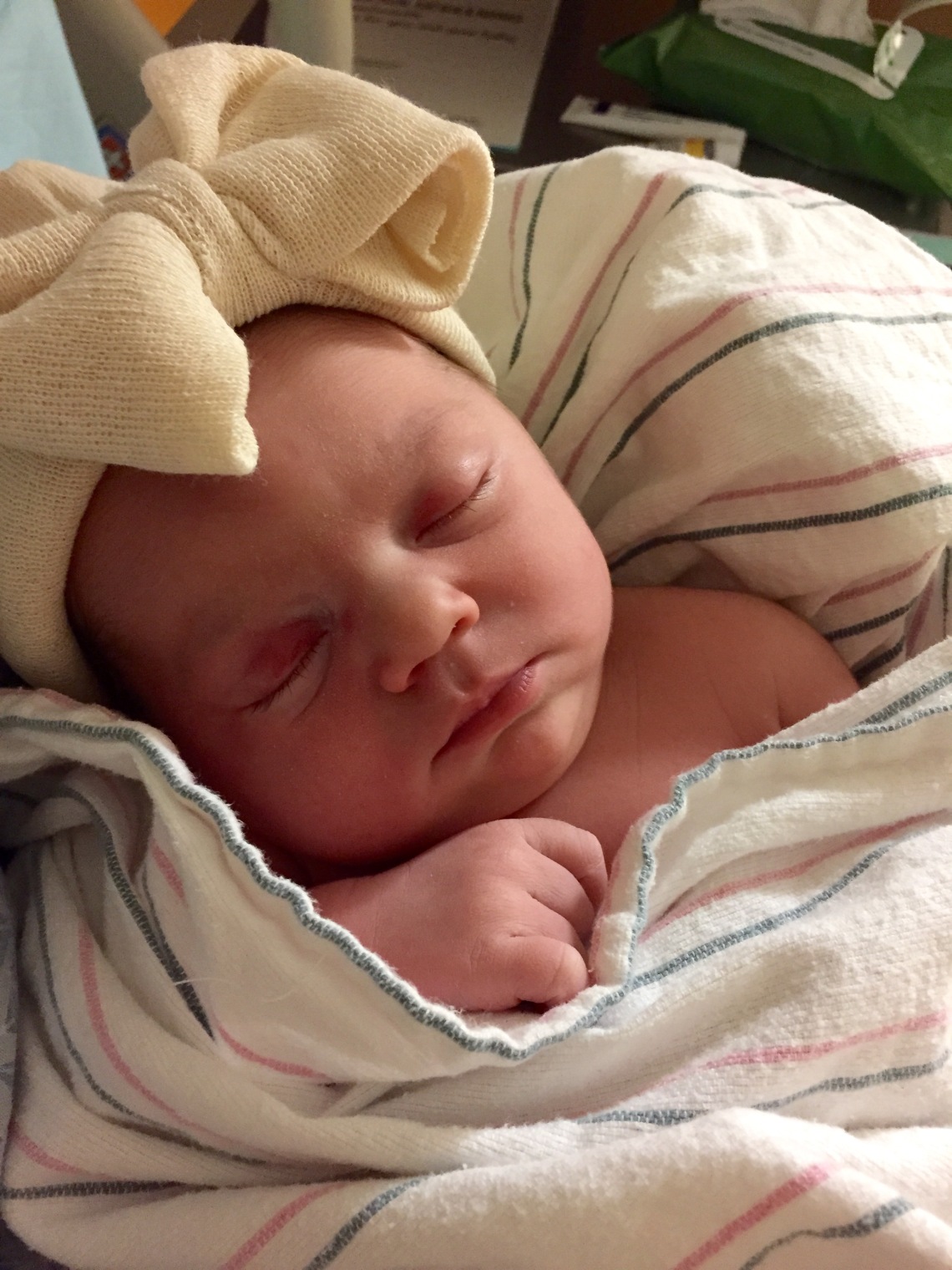 It’s 4:23 AM, the morning after Emilia’s birth and I cannot sleep. Every once in a while she stirs next to me and I reach out to stroke her face and she quiets immediately. It’s incredible how she maneuvered her face and body toward me after being put to sleep on her back.  Brian sleeps on my other side. Resting between the two of them, I feel like my heart may burst. I’m so in love.

It’s so vivid, the moment the doctor told me to “look down” because she was out. It seemed so sudden but there she was, scrunched eyes and flailing limbs, dripping wet — but not with blood. And so warm. A nurse placed her on me immediately, which I’d requested in my birth preferences, but surprised me a bit. I think I was just in total shock at how fast she arrived. I was pushing, there was so much pain, and then she was here. Brian cut the cord. It was a blur.

Leading up to this moment was crazy. Both at home, when I was in denial that I was in labor, and during the two hour delivery at the hospital, Brian was incredible. I never would have survived without him. He scratched me to distract from the pain, jammed his fist into the knot of pain in my lower back during transition (although we didn’t know that’s what was happening then) and repeatedly told me how great I was doing. And that I “was doing it” every time I said I couldn’t. I never once saw a terrified look in his eyes and it helped me stay strong. Between the waves of pain, I rested and he soothed me. And when my body took over and started pushing her out the second I was allowed to stand up from the hospital bed, he ran to find a nurse. Immediately, he returned with my doctor who quickly recognized that I was a lot more progressed than anyone had realized and was ready to push. Like I said, he was amazing.

The pain in my back was excruciating; I thought I’d die. I felt like I was on fire, I was so hot. I remember feeling the air kick-in and focusing on how incredible it felt to feel cool finally. It was such a small thing to fixate on, but it helped me ride out a few contractions, focusing on the coolness. I now know that I was forced to experience the worst part of labor — transition — lying on my back in the hospital bed so the baby’s heart rate could be monitored and I could get an IV of fluids and some penicillin.

The moment they let me get out of the bed, my body took over and started bearing down and I panicked, thinking I wasn’t dilated enough and would destroy my cervix, but it was time to push. I’d transitioned from 5 to 10 centimeters in about 45 minutes. Then she was here.

I know I should rest, but the adrenaline is keeping me up. I’m so in love.