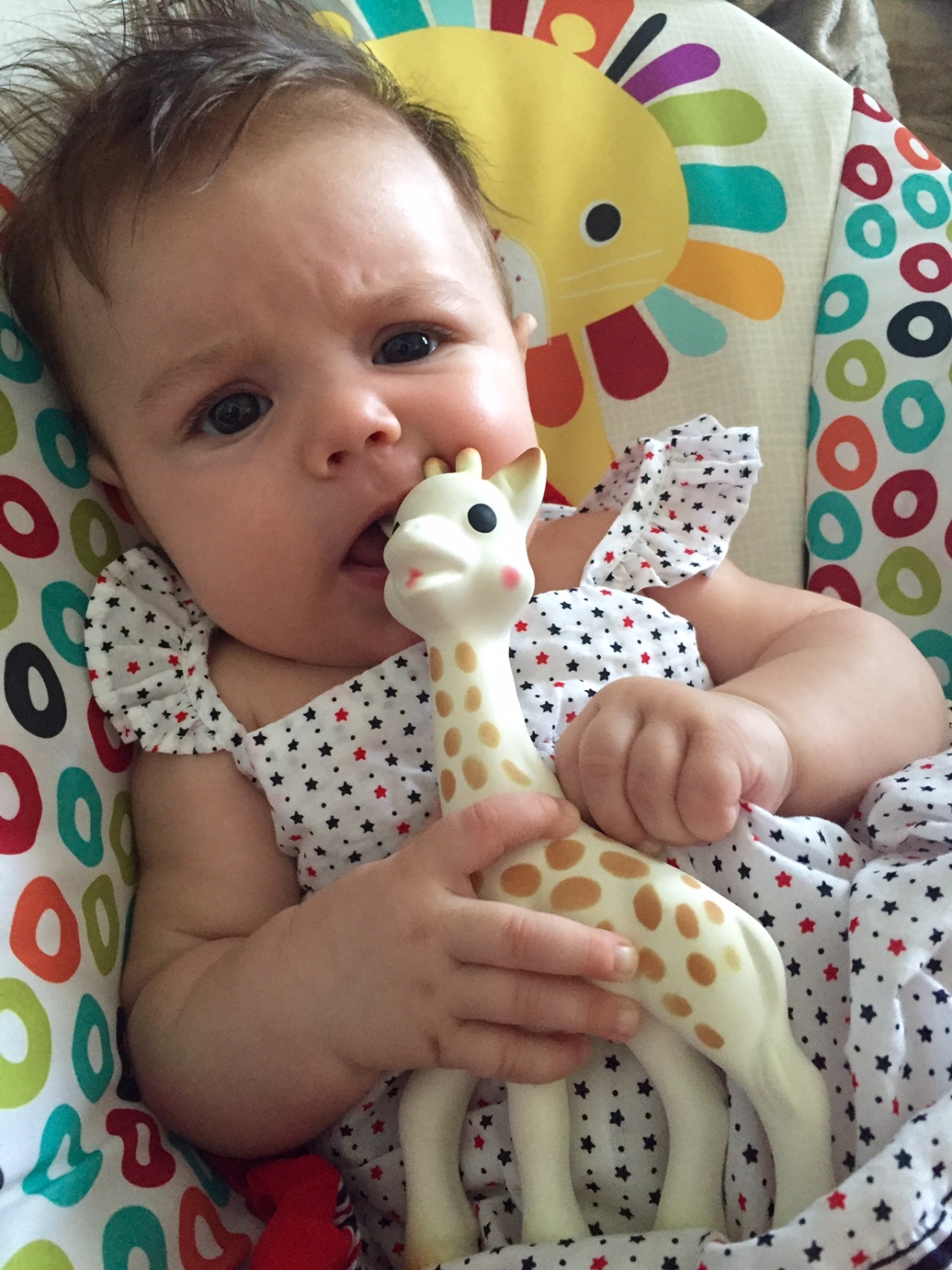 I’m calling it. We’re teething. The signs have been there for over a month now from the drooling to the hands in the mouth. But today we achieved the teething trifecta: drool, hands in the mouth, AND crankiness. When you go from having the most mellow, sweet, rarely fussy baby to a massive cranky-pants, you know something is up and if you’re like me, you take to the web for answers. I found this and this article hugely helpful.

Poor baby! We were up early yesterday and then out all day following my 5K down at Stonehill College so she didn’t get to nap on schedule so we thought it could just be complete exhaustion. That, or the giant oreo/marshmallow ice cream sundae I had after dinner last night. (We’ve wondered if dairy bothers her.)

Something about her amped up, irritated cry and need to be held by mom makes me think my sweet baby girl is in a lot of pain and just wants to be comforted though, which leads me to think it must be that she’s teething. In the car yesterday, I let her suck on my pinkie to calm her until I could nurse her and felt her bear down and “gum” so strongly it was just shy of hurting me! That was a first, but I’ve been noticing more and more that she’ll gnaw on my finger instead of sucking when I give it to her to gauge her hunger. Anyways, after a while, I gave her something else to gnaw on which resulted in this hysterical pic:

We recently tried out the Baby Banana Infant Teething Toothbush which she absolutely LOVED and we’ve had some luck with a frozen teether that we just hold for her. I was a little concerned that it was TOO cold though, so we put it into the fridge to chill instead. In one of the articles I linked to above, I read a great tip to regularly massage your infant gums to provide some counter pressure, but also, to help breakdown the tissue that the tooth is trying to break through. I’d already been doing this so I thought it was interesting to learn why it helps. It’s amazing how your instincts work when you’re a mom!

I’m sure we’ll develop some other soothing techniques, but in the meantime, I’d love to hear any suggestions you have for comforting your little one and soothing teething pain.