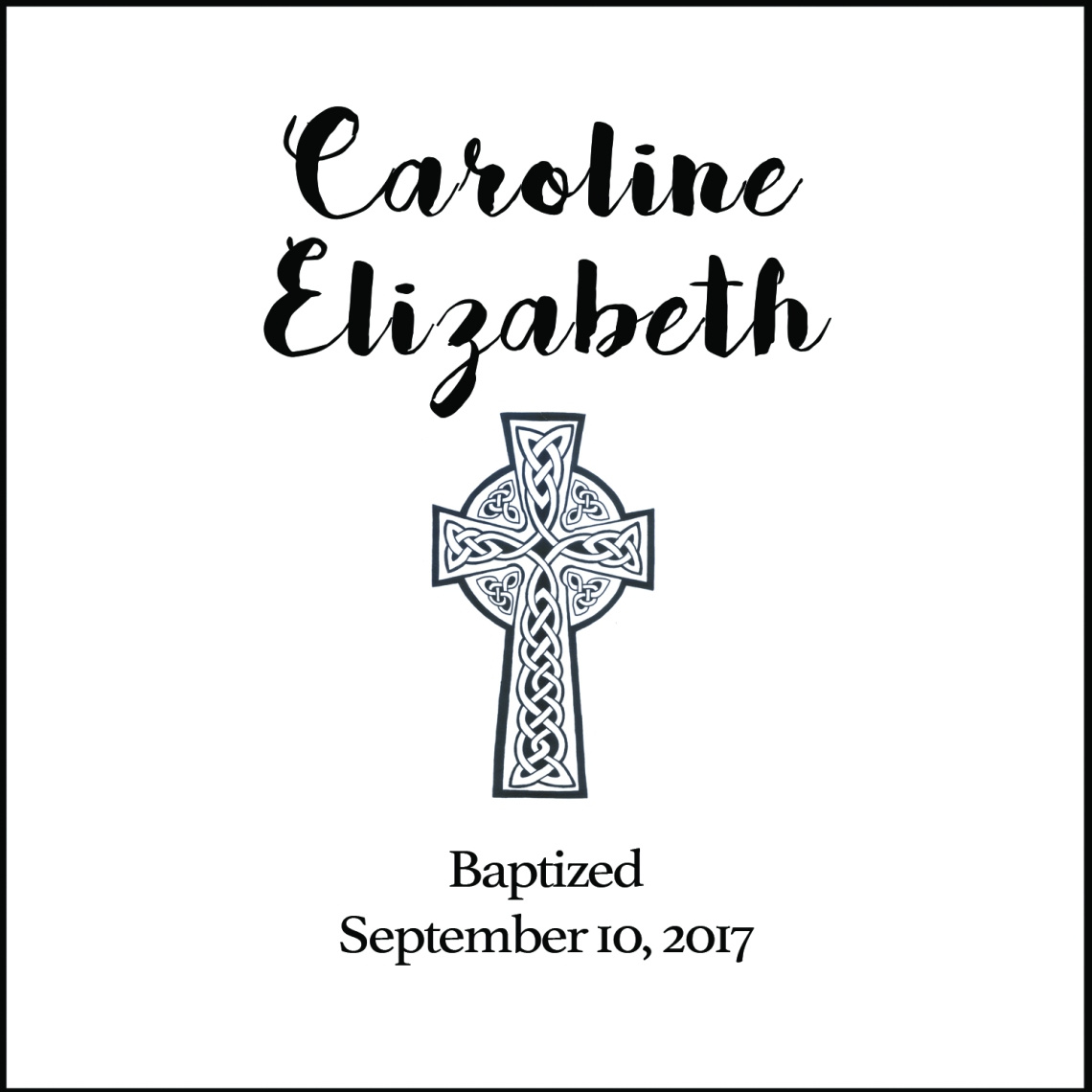 We celebrated Caroline’s Baptism over the weekend and while chatting with family, I mentioned that it had always confused me that the terms “christening” and “Baptism” seemed to be used interchangeably for describe what we’d all gathered together to celebrate that day.

What is the difference between Christening and Baptism?

Christening refers to the naming ceremony (to “christen” means to “give a name to”) whereas baptism is one of seven sacraments in the Catholic Church. In the sacrament of Baptism the baby’s name is used and mentioned, however it is the rite of claiming the child for Christ and his Church that is celebrated. The word “baptism” comes from the Greek word “to plunge” or “immerse.”

What is the significance of white clothing for Baptism?

I actually learned the significance of the white clothing typically worn during a baptismal ceremony during the preparation to Baptize my older daughter, Emilia. Although most parents tend to bring their infants already dressed in their white Baptismal outfits, technically there should be a wardrobe change mid-ceremony since the white clothing symbolizes rebirth in Christ. Since the white Christening gowns have become such a tradition though, most churches don’t mention this and give an additional white item, like a bib, to be added after the ceremony is complete. For example, at both of our daughter’s Baptismal ceremonies, we received an embroidered white bib immediately following the anointment with the Chrism.

The white garment symbolizes that the child has “put on Christ” has “risen with Christ.” This symbolism is repeated at our funeral when the coffin will be covered with a white cloth, reminding us that we will rise again with Christ.

Pretty interesting, right? I love ritual and tradition and learning the symbolism behind ceremonies and rites like this. Hope this was helpful if you’d also been wondering the same.

—
Image credit: I threw the above image together in Photoshop to use as part of the party decor following the ceremony. Although I probably should have used a Roman Catholic cross, I chose a Celtic cross to honor Caroline’s Irish and Scottish ancestory.

There is an excellent community network thread over on Reddit under “AuntieNetwork.” People are sharing very useful pro-abortion information, like the fact that clinics in the Netherlands will help women. But there are also threads offering spare bedrooms in abortion-providing states like Virginia, which is a border to many states with trigger laws.
Boys first softball sesh. They were good sports!
How are you almost five?! Post-school screening. Celebrating with a fancy cupcake of course.
Got out to celebrate our 10th wedding anniversary yesterday with a very fun dinner at Contessa in Boston. What a beautiful space!! We were exhausted. We were starving. We probably drank too much wine. But we got out and did it and it only reminds me why I love you so much, Brian. Doing anything, even if our butts are dragging, or we’ve got the whole gang of kids with us and we’re driving down the east coast in search of sunshine and a change of scenery… doing ABSOLUTELY anything + everything together with you will always be my favorite thing to do. You make me laugh like no one else, you appreciate subtleties others don’t stop to enjoy and appreciate, you’re open and supportive, generous and kind, and you’re the best dad to our kids. You’re a good friend and person. Cheers to 10. Now let’s get back to Hawaii so we can celebrate. And relax (for a minute). 🏝